Call Us Today! 954-769-1731 | Send Us an Email! info@southfloridaclt.org
FacebookTwitterLinkedinYoutubeInstagram

Happily Ever After in South Florida

Ten years ago you would have found Yumi Sul living in a small, crowded apartment in New York City. She was young, single and having fun in the big apple.

But big city living came to abrupt end when she met Arthur over a game of Texas Hold’em on Facebook.

“We kept in touch for a year and decided to meet up. When we did, we hit it off and eloped in Key West in February 2010,” said Sul.

The couple decided to live happily ever after in beautiful South Florida. However, their living situation was far from happily. After settling in their one-bedroom apartment in Sunrise, Florida Yumi and Arthur got a knock on the door. They were told their landlord did not actually own the apartment and property was under foreclosure. They were forced to move immediately.

The couple began a new search for a place to call home, and decided to move into an apartment near by. It wasn’t long before they started to have doubts about the new place. The one-bedroom lacked space, making it difficult for family members to come and visit. To make matters worse, their rent continued to go up each year.

“We needed to find something more stable, I didn’t want the lingering feeling that my rent is going to be raised again,” said Sul.

With the new addition of Sasha, their American Pit-bull Terrier, Yumi and Arthur decided it was time to find a place they could call their own. Their REALTOR introduced them to South Florida Community Land Trust where they were able to find the home of their dreams within their budget.

“South Florida Community Land Trust does all the work for you, so you don’t have to. We were able to get a move-in ready home within our budget,” said Sul.

Their new three bedrooms, two-bathroom home is quiet, safe and comes with a big back yard for Sasha.

“It’s finally starting to sink in,” said Sul. “We are going to be here for awhile.”

When asked about the future, Yumi simply responds, “the rest is history in progress.” 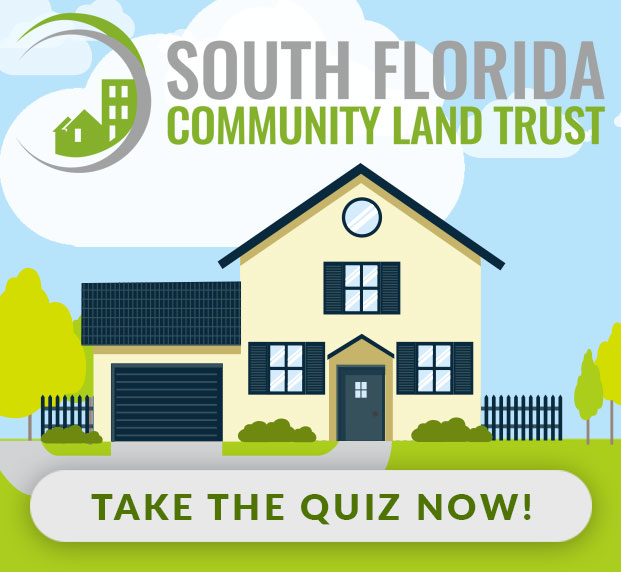